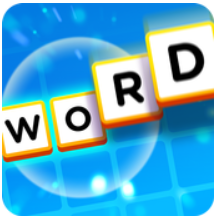 The description of Word Domination App

Word Domination is a fast paced, addictive real-time word game. No more waiting for your opponent to make a move!

Live matches allow you to see the tiles being played while you plan your next move. Word Domination also delivers a twist, adding an extra layer of strategy with over 45 collectable boosters to give you an edge over your opponent.

In addition to the fast-paced live game mode, we’ve made it even easier to play with friends!

You’ll no longer have to wait for friends to be online to start a match with Friendly games. Begin simultaneous games with multiple friends and respond in your own time. With up to 72hrs between moves, you’ll still play live-matches and master tournaments while you wait.

As if that’s not enough, Word Domination keeps delivering even more!

Sharpen your skills, and earn rewards with our regular themed solo modes. Challenge our mascot Tiler and his army of bots in one-on-one matches that are sure to challenge and even surprise you.

* EXCITING MATCHES: A casual crossword game with a twist! It’s easy to play, but delivers a challenge.

* BOOSTED GAMEPLAY: Collect over 45 boosters with special features that give you an edge.

* THE BEST OF THE BEST: Real-Time games with players from around the world, Casual classic games with friends, and the always challenging Solo-Modes against bots!

* SEASONAL TOURNAMENTS & EVENTS : Challenge yourself with something new every time you open the game!