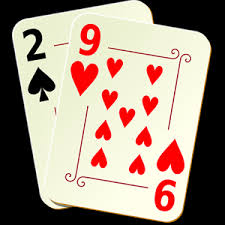 The description of 29 Card Game

This is one of a group of South Asian trick-taking games in which the Jack and the Nine are the highest cards in every suit. It is almost certain that they are descended from the European family of Jass games, which originated in the Netherlands. Probably they were brought to the Indian subcontinent by Dutch traders.

32 cards from a standard 52-card pack are used for play. The cards in every suit rank from high to low: J-9-A-10-K-Q-8-7. The aim of the game is to win tricks containing valuable cards. The values of the cards are:
Jacks 3 points each
Nines 2 points each
Aces 1 point each
Tens 1 point each
Other cards (K, Q, 8, 7) no points