Classic UNO No ratings yet. 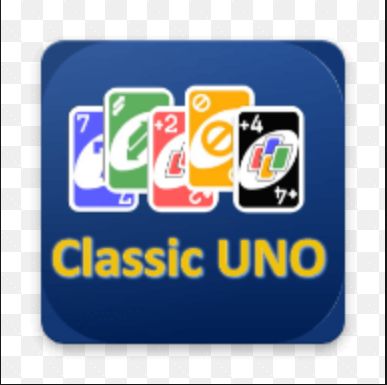 The description of Classic UNO

UNO is a card game played between friends, family & kids. Recall your childhood! This is absolutely free.

UNO is a game that supports playing with computer or in online multiplayer mode.

This version of UNO is player between 2-6 players, be it friend or computer player. The aim of the game is to finish your cards first. The player who ends his cards first wins the game.

To start a hand, seven cards are dealt to each player, and the top card of the deck is flipped over and set aside to begin the discard pile. The player to the dealer’s left plays first. On a player’s turn, they must do one of the following:

– play a card matching the discard in color, number, or symbol
– play a Wild card, or a playable Wild Draw Four card (see restriction below)
– draw the top card of the deck
– Play proceeds clockwise around the table.

A player who plays their next-to-last-card must call « Uno » as a warning to the other players
If a player lays down their next-to-last card without calling « Uno » and is caught before the next player in sequence takes a turn (i.e., plays a card from their hand, draws from the deck, or touches the discard pile), they must draw two cards. If the player is not caught in time (subject to interpretation), or remembers to call « Uno » before being caught, they suffer no penalty.